The Heart of the Qur’an

An Introduction to Islamic Spirituality 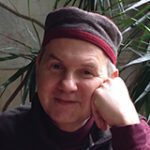 “Neither as Christians or Jews, nor simply as intellectually responsible individuals,” says Hixon, “have members of Western civilization been sensitively educated or even accurately informed about Islam.” As tensions between America and the Middle East grow, we should promote cross-cultural understanding, not violence. This new edition, with a new foreword and commentary by Neil Douglas-Klotz, allows the reader to drink from the illuminating fountain of the Holy Qur’an–the foundation of Islamic culture. First published in 1988, Hixon’s poetic meditations on over nine-hundred passages from the Qur’an show that they are not relics from the past but exist in a timeless present, communicating as vividly as when they were first uttered. Through clear and accessible language, Hixon illustrates how the teachings of Islam can be applied to contemporary everyday life issues such as love, relationships, justice, work, and self-knowledge. In addition to the selections themselves, the book contains readable, lively introductions to the tradition of Islam, its basic precepts, and what it says about other religions. As the first such work in English to be written by a Muslim, The Heart of the Qur’an continues to show that Islam is among the great wisdom traditions of humanity.
Show more Show less

You can find out more about which cookies we are using or switch them off in settings.

This website uses cookies so that we can provide you with the best user experience possible. Cookie information is stored in your browser and performs functions such as recognizing you when you return to our website and helping our team to understand which sections of the website you find most interesting and useful.

Strictly Necessary Cookie should be enabled at all times so that we can save your preferences for cookie settings.

If you disable this cookie, we will not be able to save your preferences. This means that every time you visit this website you will need to enable or disable cookies again.

This website uses Google Analytics to collect anonymous information such as the number of visitors to the site, and the most popular pages.

Please enable Strictly Necessary Cookies first so that we can save your preferences!